Originally built as a coaching inn for weary travellers in 1750, Jamaica Inn went on to become a stop-off point for some less salubrious characters, namely smugglers who used the Inn to hide contraband that had been brought ashore.

Nowadays the Inn is still a stopping point for travellers but those of the tourist variety and for the last few days, as a repair stop for former Royal Marine, Richard Steven from Norwich. He is cycling a pre-war motorised bicycle from Lands End to John O’ Groats and raising money for the British Red Cross and Riders for Health – an unusual charity providing health care by motor bike in rural Africa. Stephen’s bicycle has an engine in the rear wheel which has been experiencing problems which a local Bolventor resident is helping him repair whilst the Inn is providing him with meals, drinks and accommodation. Richard is undertaking his endeavour on a shoestring budget and the Inn is pleased to help for such good causes. 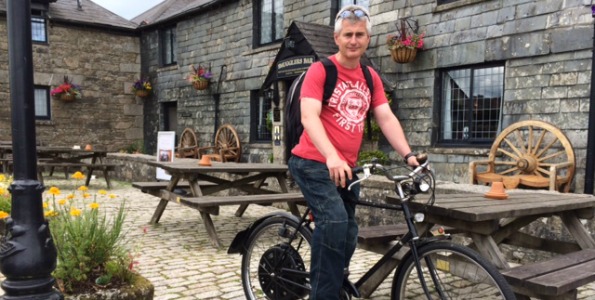